The Angel of Bishopsgate by Eloise Reuben made it easy for me. Tessie, one of the main characters in this historical mystery, bakes ginger cakes as her way of earning money. Life is tough for her and her husband in 1840s London, but she loves baking and selling her ginger cakes.

I was delighted that the book actually told me what goes into making them and a lot on how Tessie makes them. It was kind of fun to follow the process!

First, though, I had a problem. I live in the States where I have never ever seen treacle. The cakes use treacle, butter, milk, and flour, which is simple, but I had no idea what treacle is. After quite a lot of reading, I learned it’s a UK food akin to molasses, though there’s light treacle that’s a lovely light syrup and dark treacle that’s like molasses. Considering the book mentioned it was dark, I went with the dark treacle.

It turns out treacle can easily be made from home using sugar, water, and lemon juice. Unfortunately, my treacle didn’t turn out quite right (I don’t think I had enough lemon juice). Instead of remaining viscous at room temperature, it became something that could be used as a murder weapon. There’s a scene where Tessie is accosted on the streets and her treacle tin opens. I can guarantee you that, if she had my treacle, she could have saved all of it and clobbered the men. Fortunately, it did loosen after warming up in the microwave for a minute and a half.

So, yeah, if you can buy treacle, that’s probably easier.

The book doesn’t list any ingredient amounts other than a stick of butter and a bit of milk and flour, so I defaulted to the basic cake ratio of 1 part flour to 1 part sugar to 1 part egg (milk in this case) to 1 part fat (butter).

Ginger Cake according to The Angel of Bishopsgate by Eloise Reuben

Preheat the oven to 350 degrees and prepare a pan with parchment paper for easier removal.

Heat the butter and treacle in a pan until the butter is fully melted. Remove from heat and let cool to a warm temperature. 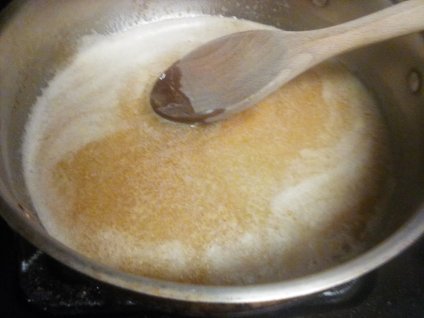 Mix in flour and ginger. 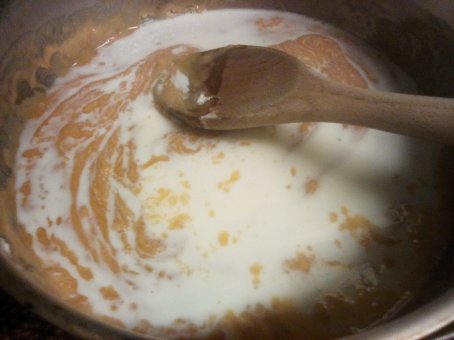 Pour into pan and bake for about 15 minutes, or until a toothpick inserted in the middle comes out clean. 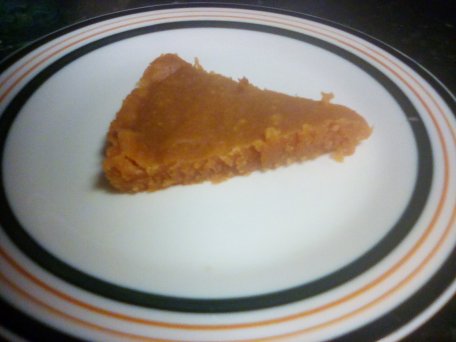 So, my cake didn’t rise because I didn’t add a leavener. The first baking powder was invented around the same time as the events in the book, but, since Tessie and her husband are on the poorer side, I didn’t think they’d be able to afford it. I also got carried away, forgot how potent ground ginger is, and added 3 teaspoons, which definitely makes you aware it’s ginger, but leaves an odd spicy feeling in the mouth.

This was actually a bit of a fun experiment. I didn’t quite pan out the way I had hoped, but I tried again using the book as inspiration and all the modern convenience I’m blessed with. Sorry, Tessie.

My Version of Ginger Cake

Preheat the oven to 350 degrees and prepare a baking pan with parchment paper.

Cream the butter until light and fluffy. Then add the brown sugar and honey and blend until well mixed.

Add the eggs and vanilla extract and blend well.

Pour into pan and bake for 15 minutes, or until a toothpick inserted in the middle comes out clean.